Basic Instinct – One of our fave LA fashion labels Stone Cold Fox just released their stunning new lookbook for Fall ’15. Titled “Basic Instinct,” the new collection draws inspiration from the hot original 1992 film which starred none other than Sharon Stone. Each style is named after well known streets in San Francisco where the film took place, and each one of these pieces are strong, fierce, and powerful. The lookbook was photographed at the famous Goldstein Residence (perfect backdrop yes?) which really goes so well with the new collection. Mysterious, Sophisticated, Modern and Tailored. Shop some of our fave styles from Stone Cold Fox on our online shopping edit. 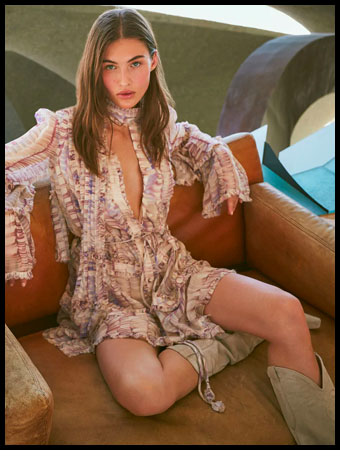 10 Fall Color Trends to Get On Your Radar

Here’s The Most Coveted Denim Trend For Fall

How To Dress Up Your Favorite Jeans From Summer To Fall

The Ultimate Power Suit You Need to Invest In