Artist Spotlight: For The Ultimate In Visual Stimulation Shawna X Is Your Girl

Georgia O’Keefe once said, “I found I could say things with colors and shapes that I couldn’t say any other way.” Recently coming into an awareness of visual artist Shawna X, we’re reminded of that iconic quote from one of history’s most prolific female artists. Sure, Ms. O’Keefe and Shawna X are generations apart, and their work could not be more different, but at the heart of it, both of their art comes from wanting, no, needing, to express themselves as artists. Graphic and visual artist Shawna X brings so much color, energy, and visual stimulation forth in her work, that its as if she’s practically speaking a language of her own. And we got nothin’ but love for artists who live out loud in color and take risks in their expression. That’s why we chose the dynamic, unique, one-of-a-kind artist Shawna X as our featured artist to bring to the spotlight. You can thank us later!

Though she may be known today for her vibrant and highly graphical image-making, Shawna’s love for art really began way back at the ripe young age of four! Having made up a cute story about a pig who ate balloons thinking they were grapes and consequently floated into the sky, she opted to draw this story in comic form rather than write it in words, much to her parent’s enjoyment. Since that first expression of art, she has continued to create, study, work, share, and come into her own as a visual artist.

And it turns out that using art as a way to express herself would become a recurring theme for Shawna, and a very handy communication tool when the words didn’t always come so easily. Because she immigrated from China to Portland, Oregon at the young age of seven and couldn’t quite express herself through language in her new home, her art became a great way to connect with others and forge friendships. Ah, art. The language of friendship!

If you’re curious what the “X” in Shawna’s artist name stands for (and we were too), the answer is actually pretty straight forward. Like many bi-cultural artists of today, Shawna wanted to pay tribute to the two cultures in her identity (Chinese and American). In order to do that, she added an “X” next to her name to represent her Chinese name (Xiayun). But connecting to her Chinese roots didn’t always come easily to the artist. Because her family valued a more traditional career path and expected her to go to Harvard for grad school, she felt misunderstood and not supported as a creative person. For that reason, she chose to separate herself from that part of her culture for a period of time. But more recently she has been exploring her Chinese roots in her art. For example, in 2018 she created a series of pieces called, “Ode to a Soup Dumpling” which came from her desire to share parts of her culture that she takes for granted. And now more than ever, it’s so important for people from diverse cultures – all cultures – to share their unique traditions and experiences. We’re all about that!

One of the things that really caught our eye about Shawna’s work (aside from the vivid color palette of course), is the diversity and range in Shawna’s body of work. Not only has she done work for big companies like Adidas, Nike, and Twitter, but she always continues to create and cultivate her own personal pieces, full of that special sauce; that vibrant, colorful, ethereal, magical essence that comes pouring out from all her work. She’s painted surf boards for The W Hotel, made a huge splash in Times Square with a large-scale billboard for Samsung Mobile, created one-half of a two-artist mural designed for Dropbox, and even designed the impressively large and colorful court for USA Volleyball. And while she happily embraces the more commercial jobs she is offered, she has continued to also cultivate her own personal work since her very first solo show back in 2015 called Netscape, where she reimagined Windows 95.

And its in her personal work, that a recurring theme comes up – a theme that the artist seems to be fascinated with; the female form. Shawna X has always been intrigued with the female form and interested in trying to understand the meaning of sexuality outside of the confines of her traditional upbringing. And while the women in her work do not look sexualized or objectified according to the artist, some people have called her work out for being too sexy. Art, more than anything, is subjective, so the artist just persists with the themes and the subjects that resonate with her, noting that her work is not for everybody, and that’s ok. Amen to that!

Now, if you love color as much as we do, you’re going to immediately want to pop over to her Instagram page (@shawnax) where you’ll be instantly transported to a world that is fierce, fun, and full of color! You’ll not only be greeted with a kaleidoscope of swirling, vivid, lively, sometimes even psychedelic images that could belong to none other than this dynamic artist, but if you dig hard enough, you’ll even get little glimpses into Shawna’s personal life, and a sneak peek into the life of an NYC artist. On her page you’ll notice a tendency toward orange hues and pops of pink, and drawings that are delightfully angular and at times abstract. Shawna’s work is at once titillating, exciting, playful, and fun!

So, what’s the latest and greatest to come from this cutting edge creator? Well, for starters, as of November 2018, the New York based artist can now add “mama” to her list of accolades! Playfully posting on her Instagram account about the birth of her newborn daughter just a few short months back in December, she shares “A human Miyazaki baby came out of me last week. She is confused at “life” and I’ve evolved to my next Pokémon level”.

No matter what art may lie on the horizon for artist Shawna X, there’s one thing we know for sure! That little baby girl is going to have one colorful life! 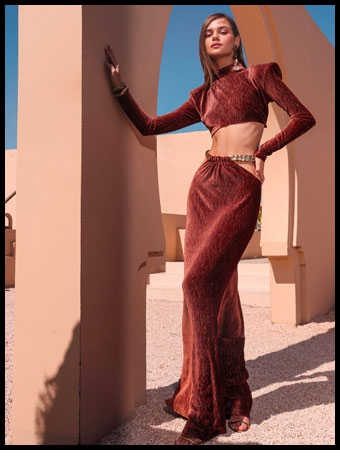