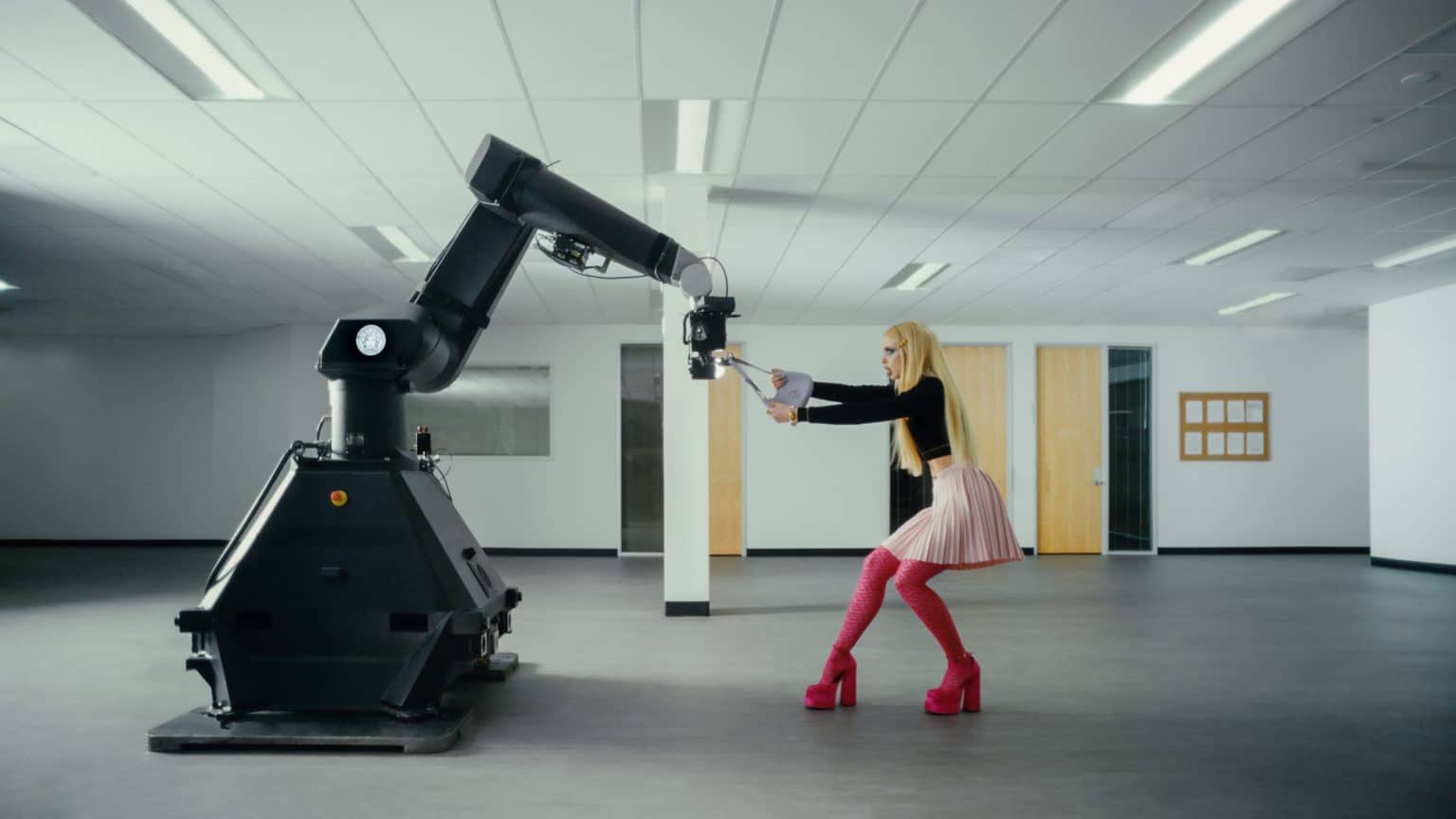 The Euphoria phenomenon has seemingly rocketed all of its actors into complete and utter stardom. Chloe Cherry, who debuted in Season 2 as Faye, is one of them. She’s making quite the name for herself in the fashion industry alone. Chloe has already been spotted on both the New York and Milan Fashion Week runways and she even starred in Parade’s underwear release. Now, she’s been tapped by Versace and SSENSE to star in their latest campaign. And we really can’t think of a better person to capture Versace’s opulent spirit than Euphoria’s breakout celeb.

On May 7, the designer label and global retailer collectively released a new video directed by Noah Dillon to showcase some of Versace’s latest pieces from their Spring 2022 collection. The Euphoria star is pictured fighting over a lavender Versace handbag with a giant robot. Of course, she is decked out in head-to-toe Versace looks, including a matching tweed jacket and skirt set, as well as a cardigan and pleated skirt combination. The looks are further completed with the ubiquitous, sky-high Versace platform shoes that we all know and love, along with other signature accessories, such as statement sunglasses and chunky chain necklaces.

As the video campaign suggests, you can now shop the Versace ready-to-wear collection directly on SSENSE. Prices start at $75 for the Greca Athleta socks and go up from there. Chloe’s campaign looks are also available to make your own whether you’re into the Versace Medusa Cardigan or the punchy purple handbag also by Versace. 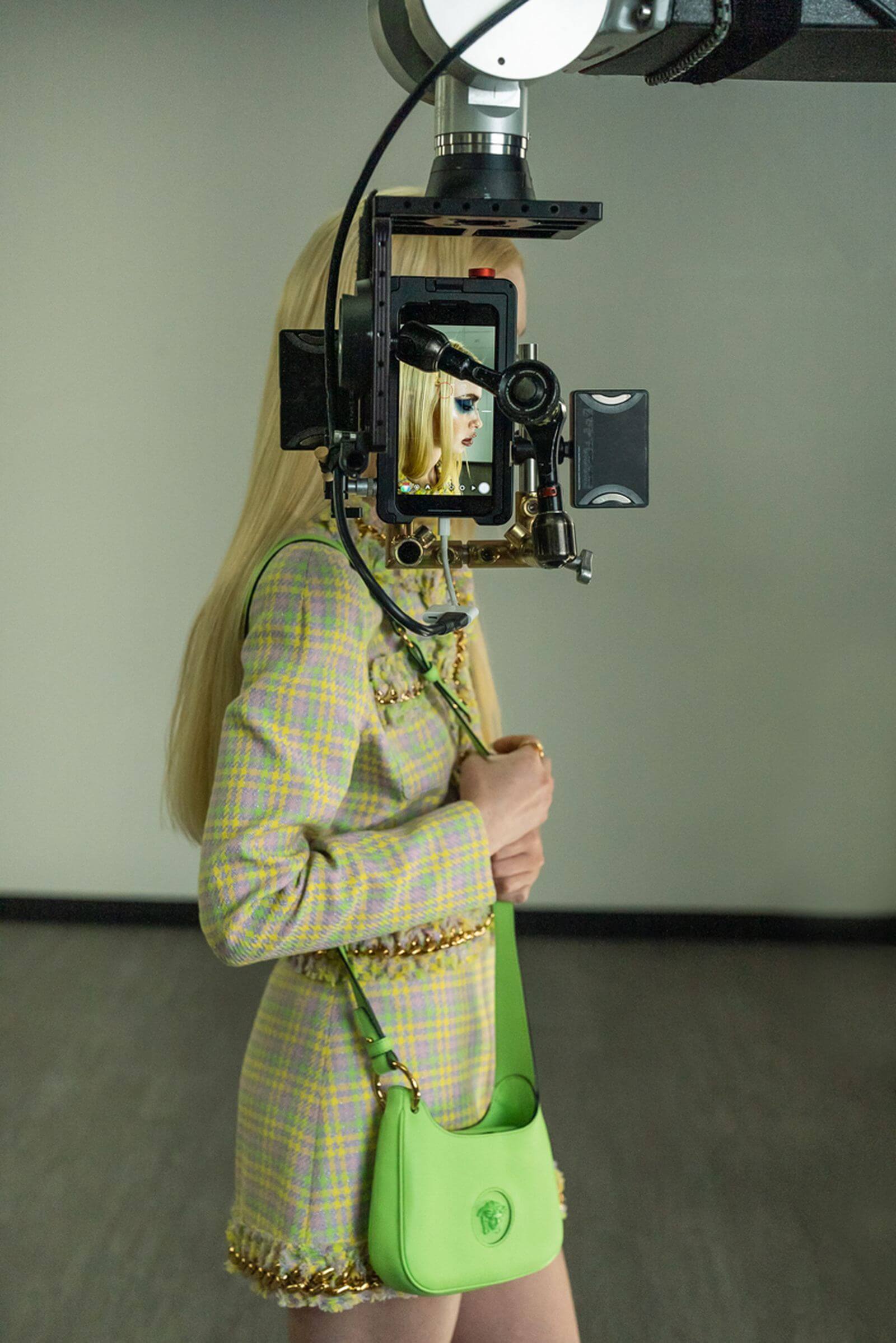 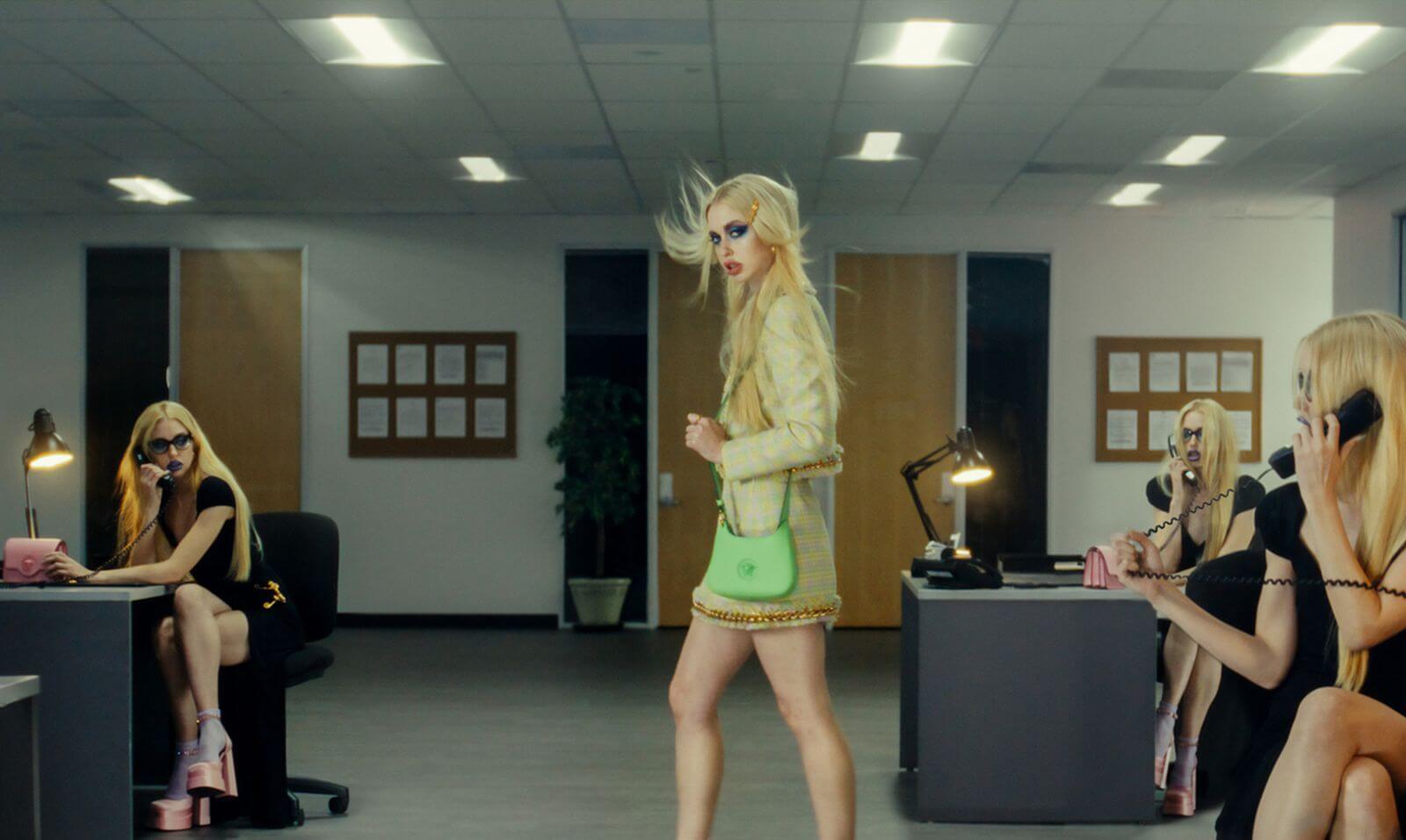 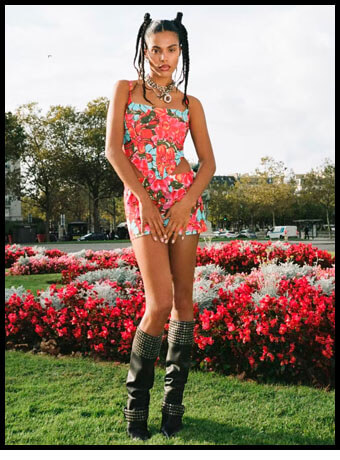 Simplify Your Spring Style With Relaxed Designs From Zulu & Zephyr

Timeless Designs That Always Look Great From Hemant and Nandita

Embrace This Emerging Minimalist Skirt Trend Before Everyone Else

Adorn Yourself In Beautiful Jewels From Vanessa Mooney

Invite Summer Into Your Life With Vibrant Pieces From Forte Forte