Photographed by Jinyong Kim, you’re about to be hit with some cool, edgy street style that brings plenty of trendiness to the table. With oversized hoodies, joggers, tees, and tanks all making their presence known, there’s no denying the distinct athleisure vibe that runs through Mischief‘s collection. Having said that, though, this collection goes beyond just athleisure. There’s also some edgy style details thrown into the mix, like chains, cheetah print, fishnets, sheer crop tops, and cool toques. For the most part, the majority of the styles you’ll find here are relatively androgynous. The fits are loose and oversized, and the colors are fairly neutral. Having said that, though, there are some styles that feel more feminine. There’s mini skirts, crop tops, high-waisted joggers, and even some feminine colors, like buttercup yellow, coral, and a muted lilac. That’s what we love most about Mischief: They’re always adding in unexpected details and styles. There’s even a look within this collection that feels more business-chic, but with a Mischief spin. It’s a cheetah print pencil skirt with a crop top for the Mischief spin, but when paired with heels and pantyhose, the look gets some extra sophistication. Discover all things Mischief, and you’ll soon learn how they give their styles the Mischief treatment. 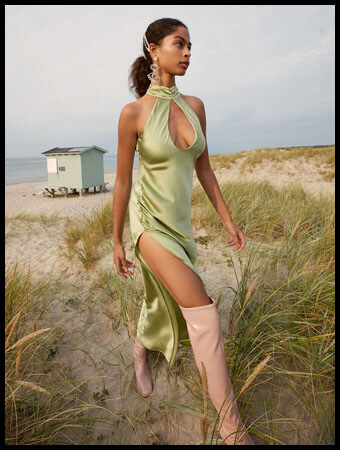 How To Wear The Balletcore Trend Before Everyone Else

10 Fashion-Forward Looks That Are Perfect For Valentine’s Day

10 Aesthetic Trends To Switch Up Your Wardrobe In 2022

This Comfy Look Is One To Create For The Weekends

The Classic, Feminine Style You Love Is Waiting at Adeam